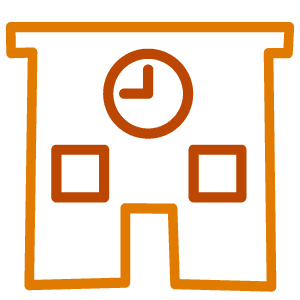 Children’s school experiences are an important predictor of their personal well-being and academic success Oberle & Schonert-Reichl, 2017. School experiences, including sense of safety and belonging at school, have been shown to foster school success in many ways. When children have positive experiences at school, they are more likely to report feeling a sense of belonging in school, have higher levels of motivation and school engagement, and achieve greater academic success Wang & Degol, 2016.

The MDI's Measures of School Experiences

School belonging is the degree to which children feel connected and valued at their school Battistich et al., 1997. Feelings of school belonging are associated with more positive views of learning, better academic motivation and competence, higher self-esteem, and greater happiness. Children who feel they belong at school are less likely to be late or absent and more likely to graduate from high school. They also show lower emotional distress and fewer negative behaviours, such as bullying Allen et al., 2018.

Academic self-concept refers to a child’s beliefs about their own academic ability, including their perceptions of themselves as students and how interested and confident they feel at school. Positive academic self-concept is related to higher levels of engagement at school and achievement Trautwein & Moller, 2016.

Children with a positive view of their academic abilities tend to have greater motivation and goals for the future. Children and adolescents who attend schools that are focused on many aspects of children’s development (academic, social, and emotional) feel more positive about school, achieve at higher levels, are more likely to graduate and are more likely to succeed in college Darling-Hammond & Cook-Harvey, 2018.

Victimization and bullying can increase the risk of social, emotional, and mental health challenges McDougall & Vaillancourt, 2015. Bullying is a distinct form of aggressive behaviour in which one child or a group of children act intentionally and repeatedly to cause harm or embarrassment to another child or group of children who have less power. Higher reports of peer victimization, such as bullying and social exclusion, are linked to higher levels of depression and anxiety, whereas feeling connected to one’s peers is linked to lower depression and anxiety Guhn et al., 2012. The MDI questionnaire asks children about their experiences of victimization with respect to four different types of bullying: Cyber Bullying (being threatened or embarrassed via computer/text message), Physical Bullying (being physically hurt or threatened, or having possessions taken or damaged), Social Bullying (feeling intentionally excluded, or being the victim of gossip or rumours), and Verbal Bullying (being called names, teased, or feeling coerced) Trach et al., 2010.

Use of After-School Time

For more detailed information on the measures included in the School Experiences dimension of the MDI including a full list of questions that contribute to each measure, how each measure is scored, and how the results are visualized, please consult the MDI Companion Guide.

A field guide to well-being in the middle years

What is the MDI? Intro to MDI Dimensions & Indices MDI Data Collection MDI Data & Reports Getting Started with the MDI MDI Essential Resources The MDI Team